Local Philadelphians might recognize Sioux as a model and commercial actor. But there has always been much more to her. Born in Michigan and raised in NY, NJ and PA, Sioux Robbins is a singer songwriter. She started playing piano by ear as a young child, the fourth of five children in her family. Technically it started with her older brother showing her a simple boogie-woogie bass line on the piano at four years old. But for her it really began when she discovered the intro to My Girl ran straight across the black keys.

She found her piano lessons boring. It was much easier for her to play the songs she liked by ear. Those songs were much more interesting and fun to play than the overly simple book of songs foisted on her by her piano teacher at the time. “I was a terrible piano student and I just ended up teaching myself from the songs on the radio and from my older siblings record collections. Which were Motown, Carole King, Paul Simon, the Beatles, James Brown, Santana etc”.

The music of the 70’s formed her ears. From Carole King, Paul Simon and Crosby Stills Nash and Young, to Santana, Roberta Flack, Stevie Wonder, the Isely Brothers, Earth Wind and Fire to the Jazz Fusion of Return to Forever, and Mahavishnu Orchestra just to name a few. She was soaking up all of it along with jazz standards and classical music.

She spent her earlier days performing in jazz clubs and cocktail lounges in Philadelphia and Atlantic City, singing jazz standards, sometimes accompanying herself on piano.

Her dark contralto to silky soprano runs the gamut of Nina Simone, and Sade, to Roberta Flack and Anita Baker. Her music is born out of the classic writing styles of Carole King and Paul Simon while it pushes forward into the now of Solange and Janelle Monae.

“This record is from a grown-ass woman’s perspective, not a teenager's, with all the complexities and entanglements that brings. I wanted it to have those 70’s influences that I love and to also bring new, fresh energy to the writing and the arrangements. The messages are all from the heart.

With It Keeps You Running, Michael McDonald is one of my songwriting icons. That song, along with being a seduction, is entirely from the heart. I wrote Relax Girl when I was going through a difficult and pivotal time in my life and needed some motivation and the arrangement is a wink and a nod to Lennon and McCartney, two more of my songwriting icons. As I Breathe was written for my high school sweetheart who died tragically in his 30’s. One night I had a dream of him and I got up and wrote that song. All the Time in The World and Gentleman Friend are… well a girl can dream can’t she… Scares Me speaks for itself. Ultimatum... What's an album without a breakup song?"

She believes it’s important to write from the perspective of a mature woman who’s been around the block a few times and isn’t trying to hide it. “I hope people who hear this music can relate to it. Most of us have complicated relationships and complicated emotions. I wanted it to feel familiar and I wanted this album to be a comfortable place to chill. It took a while to get here, but it’s the statement I wanted to make in the way I wanted to make it.”

Scares Me to be Featured on ReverbNation!!

Relax Girl the Album is Finished

On a quiet lot about twenty five miles outside of Philadelphia in the heavily wooded suburbs, hundred feet or so back from the road, used to be the location of The Barn Studio. My first introduction to the studio and to Derek Chafin was when I was asked to sing backup on a friend's album being recorded there a few years ago. It had this earthy vibe, it was literally a studio built inside of a barn. It wasn't slick or polished in any way. Rough unfinished wood and the smell of the country mixed with the ghost of years of smoked cigarettes. The entrance way wall was lined with CD covers of the artists he'd produced and recorded there.

The control room with all the equipment and gadgetry was downstairs with a comfy sofa and chair decorated with music collectibles, guitars and a keyboard. The sound stage was upstairs sealed off by a huge trap door, a gigantic attic door at the top of the wide staircase, maybe six feet by eight feet in my estimation. The back of the room along the wall was lined with vintage keyboards, Wurlitzer, Fender Rhodes, B3, some things I didn't recognize, a few vintage amps, and a Steinway upright, the same model used by the Beatles at Abbey Road. It's the acoustic piano you'll hear on four of the songs and the Wurlitzer you'll hear on two. The energy there, was, for me, magical and deeply inspiring. Recording vocals and piano there brought out the best in me.

The musicians he chose for my songs were not just the best, but they were at their inspired best. I typically hear the bones of a song when I write and I'm always surprised and delighted by what other musicians do with those bones. Jim (bass) and Eric (drums) did not disappoint. Their energy laid the foundation that gave me fresh interpretive ideas.

By the time we'd finished the backup vocals and my work was pretty much done, I told Derek that I felt like his direction on this project had made me a better singer. I'll miss The Barn as the Studio has moved to a new location at the time of this writing. But my experience there, the energy and the memory of it is forever anchored in my heart. And I feel part of a unique club to have recorded my first album there.

This album has been my obsession during the lockdown and I am overjoyed with the way it turned out. Having had the time and energy to focus on it with minimal distraction and working with Derek and his extraordinary gift for producing has made my songs shine like they never have before.

This was truly a labor of love. We all approached this project as pure art with not a whole lot of concern for what musical genre it may or may not exactly fit into. We wanted the best and most beautiful expression of each individual song which is why it took a bit more time than originally expected. So you will hear smatterings of Pop, 70's R&B, and Latin with a bright new freshness.

I hope you all feel the love we put into this album. You'll find it on Spotify, Apple Music, Amazon. iTunes, YouTube, iHeart Radio, Pandora, Tidal, and other streaming platforms.

You can always buy it here at the source. Videos are in the works. 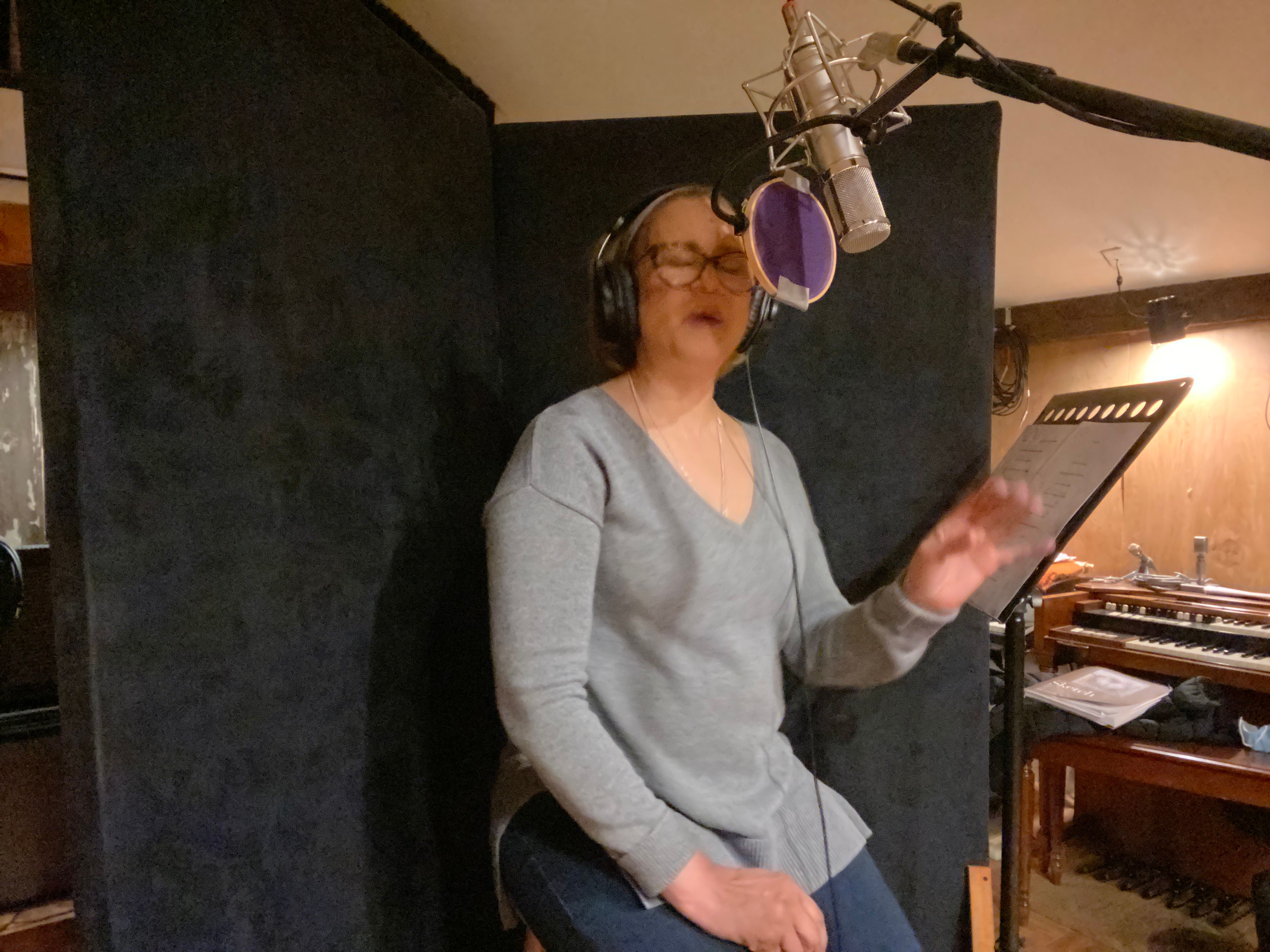 Here are the credits:

It Keeps You Running - Music and Lyrics by Michael McDonald

All other Music and Lyrics by Sioux Robbins

Special Thanks to Phill Argyris, Bill Meek and Marvin Jones for your support of this project.